Charlie At The Factory 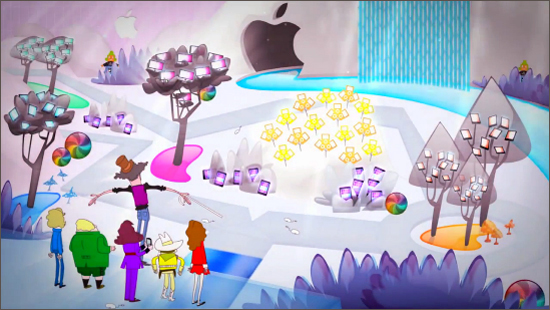 The video below is extremely hilarious and a really cool animation *thumbs up!*… It’s a parody of the famous novel ‘Charlie and the Chocolate Factory’ by one of my favourite authors Roald Dahl. The story was originally inspired by Roald Dahl’s experience of chocolate companies during his schooldays.

Mr. Willy Wonka, the owner of the Wonka chocolate factory, has decided to open the doors of his factory to five children and their parents. In order to choose who will enter the factory, Mr. Wonka hides five golden tickets in the wrappers of his Wonka chocolate bars. The search for the five golden tickets is fast and furious. The first four golden tickets are found by the gluttonous Augustus Gloop, the spoiled and petulant Veruca Salt, the gum-addicted Violet Beauregarde, and TV-obsessed Mike Teavee.

A boy named Charlie Bucket lives in poverty in a tiny house with his parents and four grandparents. His grandparents share the only bed in the house, located in the only bedroom. Charlie and his parents sleep on mattresses on the floor. Once a year, on his birthday, Charlie gets one bar of Wonka chocolate, which he keeps for many months. One day, Charlie sees a fifty-pence coin (dollar bill in the US version) buried in the snow. He decides to use a little of the money to buy himself some chocolate before turning the rest over to his mother. After unwrapping the first bar of chocolate, Charlie decides to buy one more and finds the fifth golden ticket. The next day is the date that Mr. Wonka has set for his guests to enter the factory.

In the factory, Charlie and Grandpa Joe enjoy the sights, sounds, and smells of the factory, and also encounter the Oompa Loompas who have been helping Wonka operate the factory since he found them living in their own poverty and fear in Loompa-land. The other kids are ejected from the factory in comical, mysterious and painful fashions. Augustus Gloop falls into the hot chocolate river when he wants to drink it, and he is sucked up by one of the pipes. Violet Beauregarde impetuously grabs an experimental piece of gum and chews herself into a giant blueberry. Veruca Salt is determined to be a “bad nut” by nut-judging squirrels who throw her out with the trash. Lastly, the television lover, Mike Teavee, shrinks himself into a tiny size.

With only Charlie remaining, Willy Wonka congratulates him for “winning” the factory and, after explaining his true age and the reason behind his Golden Tickets, names Charlie his successor. They ride the great glass elevator to Charlie’s house and bring the rest of Charlie’s family to the factory.