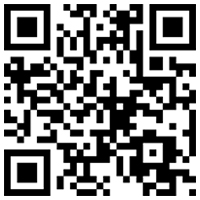 It keeps surprising me how some countries -especially the Netherlands- seem one step behind, in integrating technology with design, compared to for instance the UK. I’ve seen some trends in the Netherlands that appeared in online articles at the beginning of this year that I’ve already seen implemented and used in the UK almost two years ago. Still some people -particularly those with a know-all attitude- seem to write about it like it’s the latest invention that they’ve discovered. Always raises my eyebrow…

Well I guess that’s correct in a way: it’s the latest that they’ve discovered, only two years after the fact… Many in the business extensively used it for branding and marketing promotion in the meantime (in the UK that is). I’ve seen so many examples whilst living abroad. Harrods used it in their print campaign to advertise their ‘Design Icons’ exhibition exactly two years ago, in April 2008.The exhibition featured Vivienne Westwood, the fashion designer, and the architect of the new St Pancras International station. Ralph Lauren used it by launching a mobile commerce website along with print advertising, mailers and store windows.

It caught my eye at the time because it was a clever introduction to the use of a simple technology: a bar code developed in Japan by the Denso corporation in 1994. The corporation is known for developing the QR code, a two-dimensional barcoding system which is particularly prevalent in Japan. While it has been in use in Japan for donkey years, it slowly seems to become a hype on this side of the globe. Mainly used for promotional materials and marketing aiming at the owners of smartphones, since some of these come with built-in QR code readers.

Although I still smell a copycat-rat, I’m eager to see what the code will be used for besides the non-inspiring copied stuff that I’ve seen in the Netherlands so far