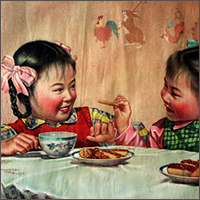 If you’d asked me six months ago if I would ever leave Movable Type as a publishing platform and swap to WordPress instead I probably would’ve laughed and said ‘no way’. I even wrote a post about it some time ago why I would never swap to WordPress. This was before I ran into problems though and way before I started to explore WordPress. Over time I have come to a different conclusion but I must admit I moved away from using my favourite CMS, Movable Type with an aching heart

At the time when I wrote that post, I said that I wasn’t impressed with the constant updates, I still feel the same. Movable Type sits at the other end of the spectrum though, since its vulnerability showed itself to me over the last couple of months. I’ve had a continuing struggle with an overload of traffic mainly coming from China. Their target was a cgi script that I need to run in order to keep Movable Type active. Whilst browsing for solutions I found out that many others had run into the exact same problem and there was no way to avoid this except by moving to a different CMS.

I’ve used Movable Type as my main CMS for at least eight years and never had this issue before. But I guess that over the last couple of years everyone running a blog has become a potential target I guess. It’s something that can’t be avoided. I managed to keep the problems away until a few months ago when I was forced to take this website down due to an attack. The problem is still there but I was hoping to slow it down by blocking IP addresses and moving from one CMS to another.

It has become manageable but I’m still not happy about the whole situation. There are other reasons why I’m not happy but those shall remain unmentioned here until I’ve decided whether to take drastic steps or not. It all depends on what is going to happen the next couple of months and if there will be any positive progress related to this issue. In the meantime, if I have to take this website offline again, you’ll know what I’ll be doing in the background…