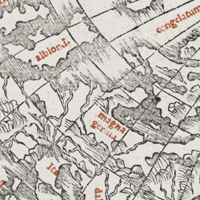 I had a really bad interview some time ago and I’d left with this weird feeling, which was good in a way because it made me wonder… Wonder whether I’d want to work for a company that clearly didn’t show the professionalism that I was expecting and used to. It made me realise that perhaps it was best to continue looking and in hindsight that was the best decision I could’ve made. Only ten days later I was invited for an interview with a large global company: a dream job, the kind of job that makes one smile instantly when thinking about it.

If I was to compare both interviews it would show such contrasting situations. The first one only lasted about twenty minutes. The company was small, about eight people at the most. And you know what they say about first impressions: mine wasn’t good, especially when the person refuses to introduce himself and/or shake hands. When I wanted to show my folio, he clearly wasn’t interested and seemed way too inexperienced and too young to be an art director. After a Google search I found out he’d only finished his education four years ago.

It had taken me ten years to build up enough experience and skills to become a web art director. I had to take interviews at the time and made sure that I was prepared, interested and polite. Why? Because that very moment you represent a company (and not yourself!) and no matter who is sitting opposite of you, you need to have a professional attitude. You embody the company’s business card and this could be the best way to advertise by leaving a great impression with the interviewee. Some tend to forget but it works both ways.

So yes… it made me wonder and I decided to continue looking. The interview I had with the global company lasted two hours instead of the planned one, it could’ve easily been three since we had such an interesting conversation. I’ve found what I was looking for in a totally different sector (IT): one that offers possibilities in education and design. I’m eager to learn… And there’s nothing more rewarding than getting the opportunity to expand your knowledge and use your skills at the same time. And be appreciated by like-minded people!